Welcome to my blog!

Thanks so much for stopping by! I believe that everyone can have a beautiful home without spending a fortune! One of my favorite things to do is find creative ways to re-purpose things I already have on hand, or have picked up at yard sales and thrift stores. Join me as I share with you some of my favorite ideas for crafting and decorating, as well as travel adventures, and fun things that I pick up on my treasure hunts! Much of my work is influenced by my love all things French, nature, and of course shabby chic! I have gotten so many creative ideas from you very talented bloggers out there, and I hope that I can be an inspiration to you as well!

When hubby and I moved from Michigan to the Pacific Northwest last year, we were really looking forward to the luxury of having a mild winter for a change. 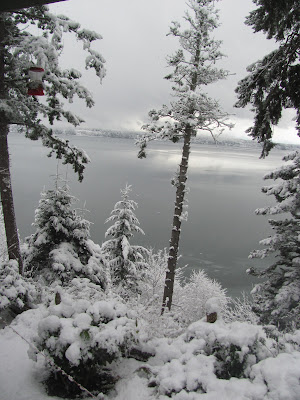 Well, it had been mild.  Until this week, that is! 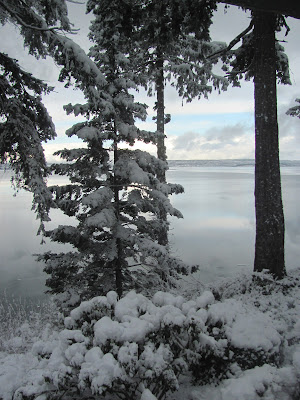 Look what Mother Nature decided to gift us with!  Over the past several days, we've had at least 12" of the fluffy white stuff!  I could hardly believe my eyes when I awoke the other day to all of this!  And here we were told that when it does snow out here, which isn't that often unless you are in the mountains, that it melts right away. Well, I don't think this will be melting any time soon!  And to think that there is no snow back home in Michigan (well, that's all about to change soon, I hear!!) 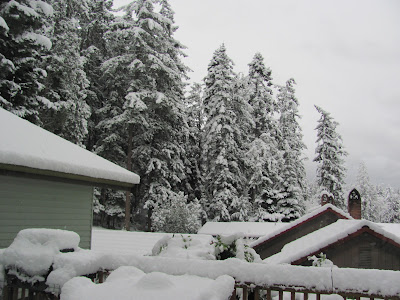 I snapped all of these photos from inside of the house.  Since I've been fighting a cold, I've not even set foot outside for days! 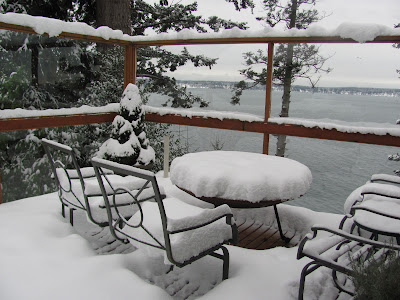 Check out our deck!  I will have to admit that it is pretty, though I would much rather see it from the distant mountains rather than this up close and personal.  I'm just thankful that I don't have to be anywhere!  In the mountain passes, they received a foot of snow a day for five days straight!  So I'm thankful we don't have that do deal with, at least! 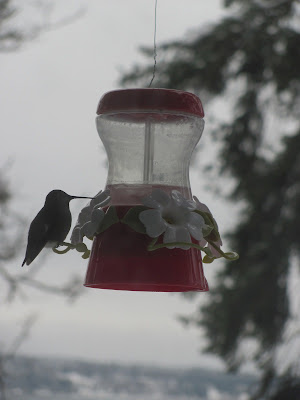 Believe it or not, these little guys stay put year round!  I guess they must be alot hardier than they appear!  This poor little hummer was trying his hardest to drink from the feeder, but I don't think he had much luck. The sugar water was frozen! 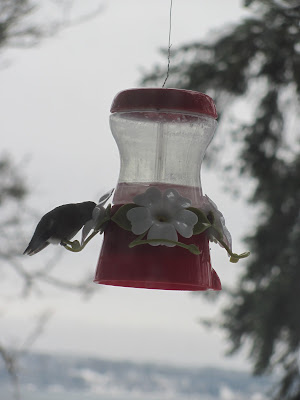 I felt so sorry for him! 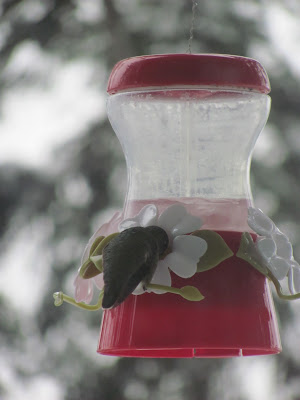 I wanted to thank you all again for your continued prayers and support as I face upcoming surgery.  I am taking it easy, trying to get over this cold so I don't have to postpone the operation any longer.  And, thanks to your prayers, I'm not feeling nearly as anxious about everything as I had.  So that is a miracle in and of itself! 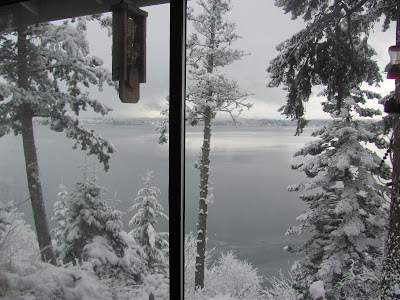 So glad you're feeling a sense of calm. The prayers continue. We had a mild December here in Illinois. Now it's in the teens, and falling, and we have snow. The snow is pretty to look at though. Your photos are beautiful.

The snow pictures are beautiful! One thing about snow is that it's pretty as compared to rain and gloom.

Continuing with prayers on your behalf.

Gald things are looking up.

Oh I am so jealous! I wish we have snow here. I was looking forward for snow when we were in IL last Christmas but there was none! It felt like my Christmas was stolen! Lol! The photos are so beautiful! Keep warm!

I am putting you on our Church prayer list - Keep those good thoughts and try to enjoy that beautiful scenery. Maybe old man winter has followed you all the way from Michigan. Giggle.

A little hint. My friend wrapped her hummer feeder with bubble wrap and it hasn't frozen. She wraps a few layers and puts an elastic around. It doesn't work for below 0 but it can't hurt.

Hi Donna, Oh my, I live in Michigan and we are having such a mild winter, it just turned cold here, not much snow, no shoveling here yet! My son and daughter in law live in Woodinville, WA and have lots of snow too! Best of luck with your surgery, you will be in my thoughts and prayers. Hugs, Terri

A hummingbird in the snow...never thought I would see that!
Those pictures are just so gorgeous.
At least you know how to drive in it.
I have not heard from my cousin to see what she thinks of it!

What amazing pictures of that sweet little hummingbird. You had told me about your snow but that is truly amazing for your side of the US. Tonight is a record low in West MI...single digits with wild chills in the negatives. We finally got winter. Thinking of you!!

Beautiful photos, Donna! You do have much more than we have...I still see grass!

Love your pics! Beautiful!!! I think the west coast now has weird weather...Being born and raised in California, I just want to let you know that the weather has changed here BIG TIME... omg, we actually got a bit, but none the less, at bit of snow last year. Thats so not right. We don't get snow! Never have! The weather pattern is changing... so when they said it was mild...it always was, I'm sure. But.... you can't count on that any more. Globle warming is having its way with the weather. That's my take. Just know, its all changing. Have a wonderful weekend.... xoso Sandy

Hello Donna
What great pictures!!! I guess Mother Nature did not want you to miss the snow :)
I will keep you in my thoughts and prayers
Suzann ~xoxo~

LOOK AT THAT VIEW! Beautiful photos! Stay warm and get better so you can move ahead and take care of business.

Hello ! aw wow I didn't know you had humming birds! They are so beautiful and the snow...well the photos look fabulous. Thinking of you and sending you love...Gail x

The views out your windows are spectacular, Donna!!!
That little hummer is the cutest.
glad to hear you are on the mend.
We have tons of snow here too. Good thing, because Tip Up Town starts this weekend. Too much open water for snowmobiles out on the lake tho.
xxoo

So beautiful! It's so warm and muggy here this week. Your snow is amazing. We have a friend in Spokane who said the wind was fierce.
Keep resting and enjoy your new view. :)

I've seen snow for two years already but it never cease to amaze me. So white and pretty!

P.S I tagged you via post :) Come check it out if you like to join the fun!

What a beautiful view! love that you are feding the hummers too! xoox, tracie

Oh WOW, Donna, what gorgeous pictures!!! I think that God brought the snow to you so you would feel right at home...It is so beautiful! I hope that you're feeling better!!! Love, Cindy 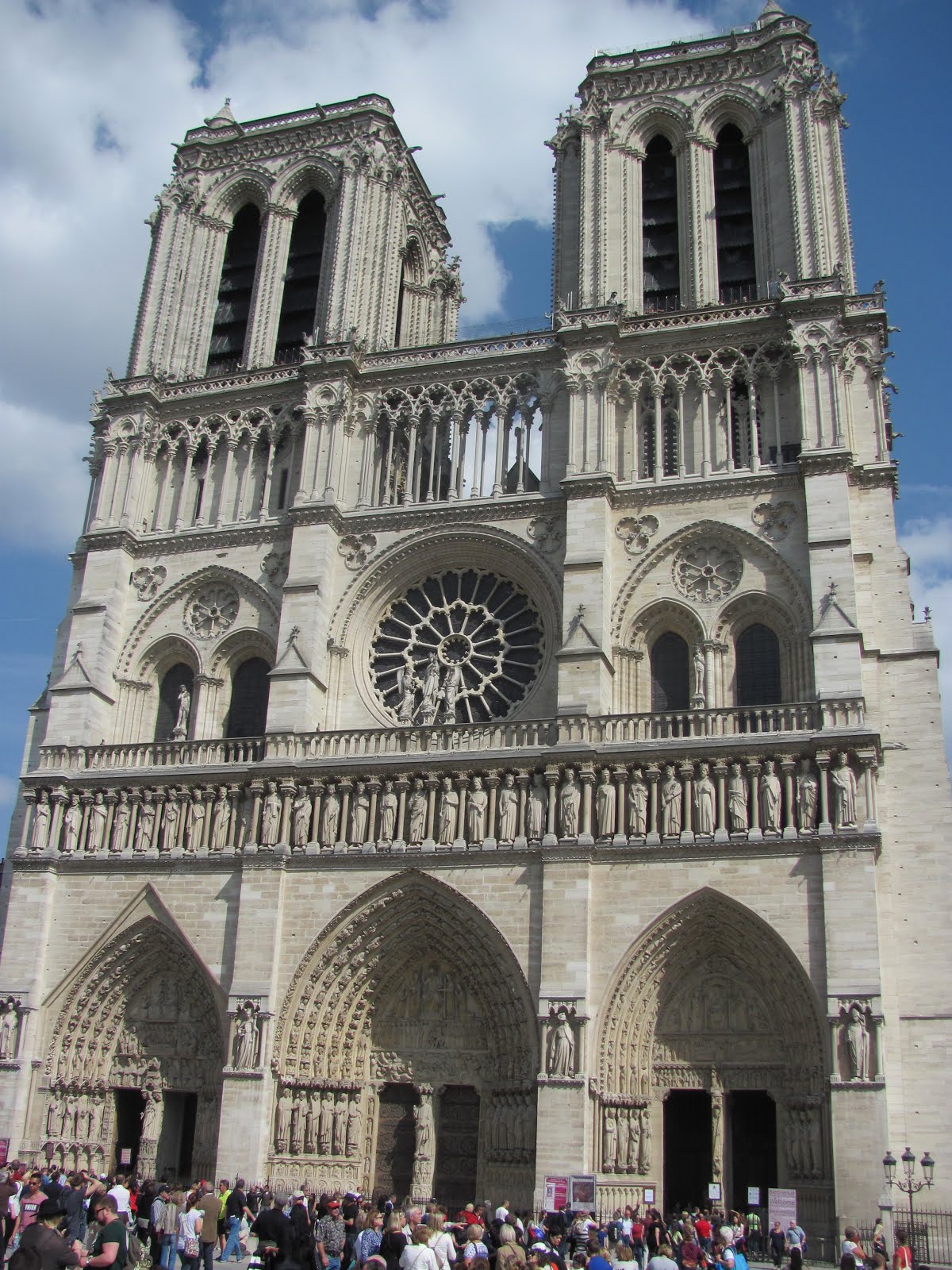 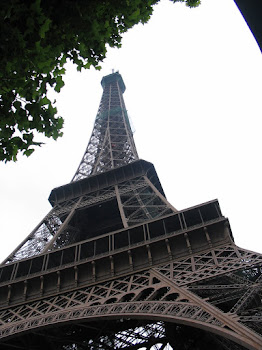 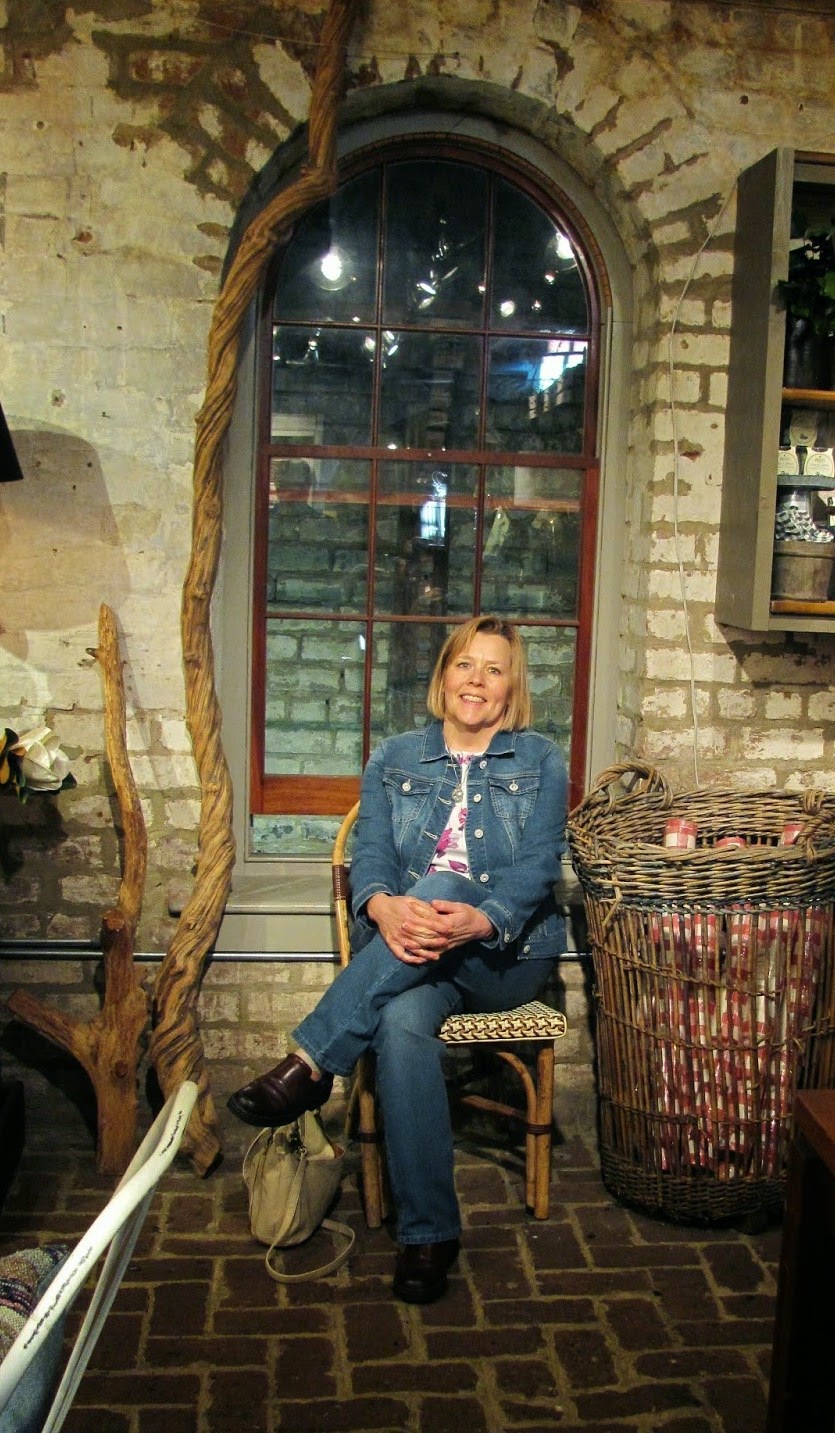 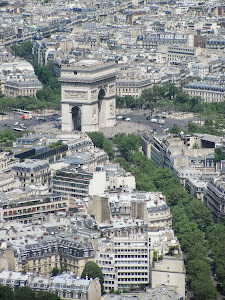 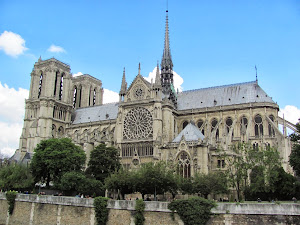 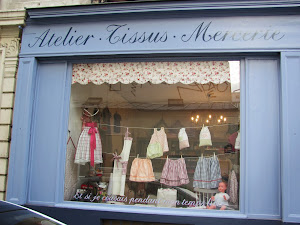 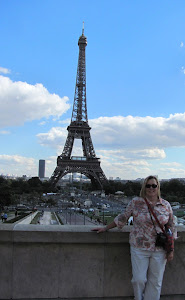 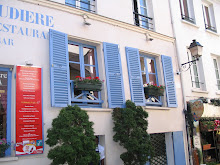